What a summer we have had here in the lovely northern hemisphere after experiencing our first Canadian winter and a very pretty spring – the diversity of this country never ceases to amaze me.  With the arrival of June and the end of the school year it was time for us to venture further afield and see some more of this part of the world.  Our first trip was to the historic and fast paced east coast of the USA and Canada – 3 and a half weeks of adventures.

I have so much to share about this trip so will split the blog posts up starting of course with the amazing City of New York, which is where we began our trip!  First I will share all the details and all the pretty pictures will be at the bottom half of the post so if you just want the pictures scroll on down!

We spent 7 nights in NYC and even after that there was still so much to see and do that I could have spent weeks there!  After our 4 and half hour flight from Vancouver to NYC we arrived at 5pm ready to hit the ground running.  We checked into our hotel – the Warwick Hotel – which was located on the corner of 54th and 6th – right in the centre of all the action in mid town Manhattan.    It was also close to the subway and also to loads of things we wanted to see and do so it was a great location for so many reasons.  We had a one bedroom suite which gave us just that little extra room when in you in the same hotel for a week.  It was the perfect size with a living area which included a dining table, lounges and a TV and a huge separate bedroom that had two queen beds and a rollaway – perfect for the 5 of us.

After checking in we headed out to give the girls their first taste of New York with a visit to one of the busiest places in the world, Times Square!  The people and bright lights did not disappoint – a trip to the huge M&M store in Times Square was also a hit with the girls!    After dinner and a walk back to our hotel looking at the amazing buildings we were excited for the days ahead!

The hardest thing to work out during our trip was where to head first.  We really had to prioritise things and work out the best way to get value for money as there is so much to see.  Prior to heading to NYC we decided to purchase New York Pass.  A New York Pass is a card you pre-purchase which give you access to up to 90 different attractions in the city. If you intend visiting a good number of the major attractions while in NYC I would recommend having a look at it as it just makes it simple when you get to each attraction – the website advises that you get to skip line at most attractions which is not entirely true as there are so many people using the pass that the NY pass line can sometimes be longer than the regular line, however the bonus is that we did a lot more things than we would have if we had have had to book and pay for things individually.

We went with a 5 day pass (you had the option of 3 day, 7 day or 10 day pass) which was definitely the best option for us.  You need to use the pass on consecutive days so our pass took us through from day 2 to day 6.  I had a rough plan before we began each day however you never seem to be able to get as much in as you think – travelling with kids is tough and slow and some places we visited just took longer than expected.  Here is a basic itinerary of how each day played out. My next post will follow with a few more NYC tips and of course more photos!

Day 2 :: On our first full day in NYC the weather gods were not playing nice in the morning and it was raining so we took this as a sign to do an indoor activity.  Our hotel was only two blocks from Radio City Music Hall so we headed here first thing for the Backstage Tour.  After the tour it was still raining so we headed to the Museum of Modern Art which happened to be one block back towards our hotel.  It was so fantastic to see so many famous paintings all in the one location – all those Van Gogh’s, Picasso’s, Cezannes made my head spin.  A definite highlight was seeing Starry Starry Night – so lovely in the flesh!  After a brief stop back at the hotel to have some lunch it was time to head out again – finally the rain had disappeared and the sun was out!  Next stop was St Patricks Cathedral, followed by a stop at Grand Central Station before heading to the NYC Library (yes we did go in but mainly to look at where they filmed the scenes from the Sex and the City Movie). Ice Cream in Bryant park was next on the list before we headed down to the Empire State Building for those spectacular views over this amazing city!  The morning rain meant that the air was clear and the view spectacular – I could have stayed all night and watched the city! Today my iPhone tells me we walked 12.4km!

Day 3 :: We were up and out early today so we could catch the subway downtown and join a walking tour that took us along the fantastic Highline and through the lovely area of Chelsea.  I was a wonderful way to see the area and find out the history of the Meatpacking district.  After the tour we enjoyed lunch at Chelsea Market before heading to another walking tour – this time it was Greenwich Village and the amazing area around Washington Square Park and NYU.  It was of course compulsory at the end of the tour for me to find the exact house where Carrie Bradshaw lived – the kids were confused and wondered why we had to take photos of a random stoop – had to do it though!   After two big tours and walking for kilometres it was time to head back to our hotel and get ready for our big night out at the theatre!  We were all so excited to be going to see School of Rock at the Wintergarten Theatre on Broadway!  The show was spectacular and kept the girls mesmerised!  A fabulous day 3 done and dusted!  Another day of walking 12.4km according to the iPhone!

Day 4 :: Today we decided to head downtown to the Financial District and to pay a visit to the 9/11 site. I was completely blown away by how emotional the museum and memorial site is.  I had been up the twin towers on my first visit to NYC in 1989 but I was safely tucked up in my home in Sydney when the 2001 event occurred, so it shocked me at how emotional it was to be there.  It also struck us as we arrived that our girls did not know anything about the terror attacks of September 11 so we had to explain what it all meant.  They were mesmerised by the museum and were happy to walk around and look for hours.  After spending the morning here we stopped by the amazing new Westfield that is across the road – the building is just amazing and quite different to anything else around.  Lunch was spent in Eataly (awesome!) and then it was time to walk the Brooklyn Bridge and tick off one of my bucket list items!  A subway ride back to midtown and we then headed to Circle Line Cruise terminal so we could do the sunset cruise.  This was such a fantastic way to the city from the water and again recognise the enormity of this great place as well as get that close up look at the Statue of Liberty!  Another long and exhausting day and our tally for km’s walked was 10.1km

Day 5 :: First up today was a trip to the Top of the Rock for yet another amazing view of the city.  I said it when we were up top of the Empire State Building and I said it again while we were here – I could stand and look at it all day!  After our birds-eye view of the city, bike riding was the activity for the remainder of the day as we headed into Central Park to explore this magical oasis in the city.  Most of our day was spent cruising around the park where we stopped and watched a baseball game with the locals, enjoyed ice cream, had some lunch at the boathouse and saw the filming of a major Hollywood Movie (staring two wonderful Aussie actors Rebel Wilson and Liam Hemsworth).  6.5km travelled today on foot – not sure how far on the bike!

Day 6: On day 6 we decided to revisit a few favourites that we didn’t feel we had discovered the first time around – first up was a subway ride back to Brooklyn so we could do some more walking and discovering.  We found wonderful mural walls to use as a backdrop for photos and walked the waterfront captured some great shots of the Manhattan and Brooklyn Bridges.  We wanted to have a ride on Janes Carousel but as luck would have it, it is closed on Tuesdays!!  After lunch we headed back up to Central Park and walked through a few areas we didn’t make it to when on the bikes. We visited the MET to see more amazing Picasso’s and Cezannes, ate giant pretzels and finished our day with a fantastic dinner in Hell’s Kitchen with our cousin who is now a NYC local! Total distance covered on foot today 12.3km

Day 7:  Girls day in NYC as Mr A had a business meeting to attend!  You can guess what activity the girls picked for our last full day in NYC??! Yes of course it was shopping.  We started by catching the subway to the Flatiron District and then we worked our way south.  During the day I ended up taking part in the filming of a reality show called “Pop up psychic”!  A fun and little more relaxed day wandering the shops and enjoying this vibrant and exciting city.  We finished our day with a trip to The Apollo Theatre in The Bronx – an amazing and icon theatre where we were able to watch Amateur night – such fun! The perfect end to an amazing week and another 10.3km added to our walking count!

So here are a few photos from our first few days in NYC.  More to follow in my next post! 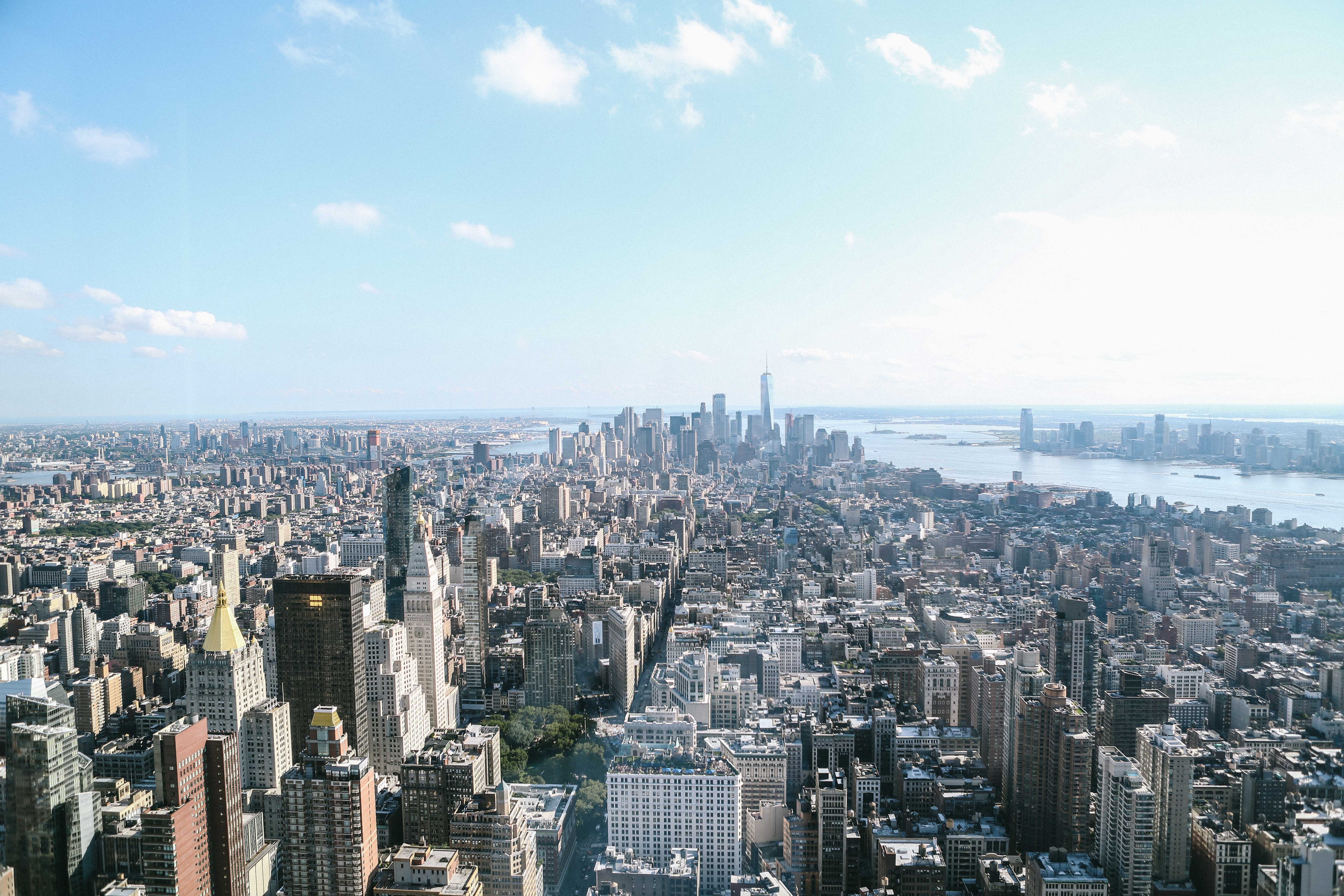 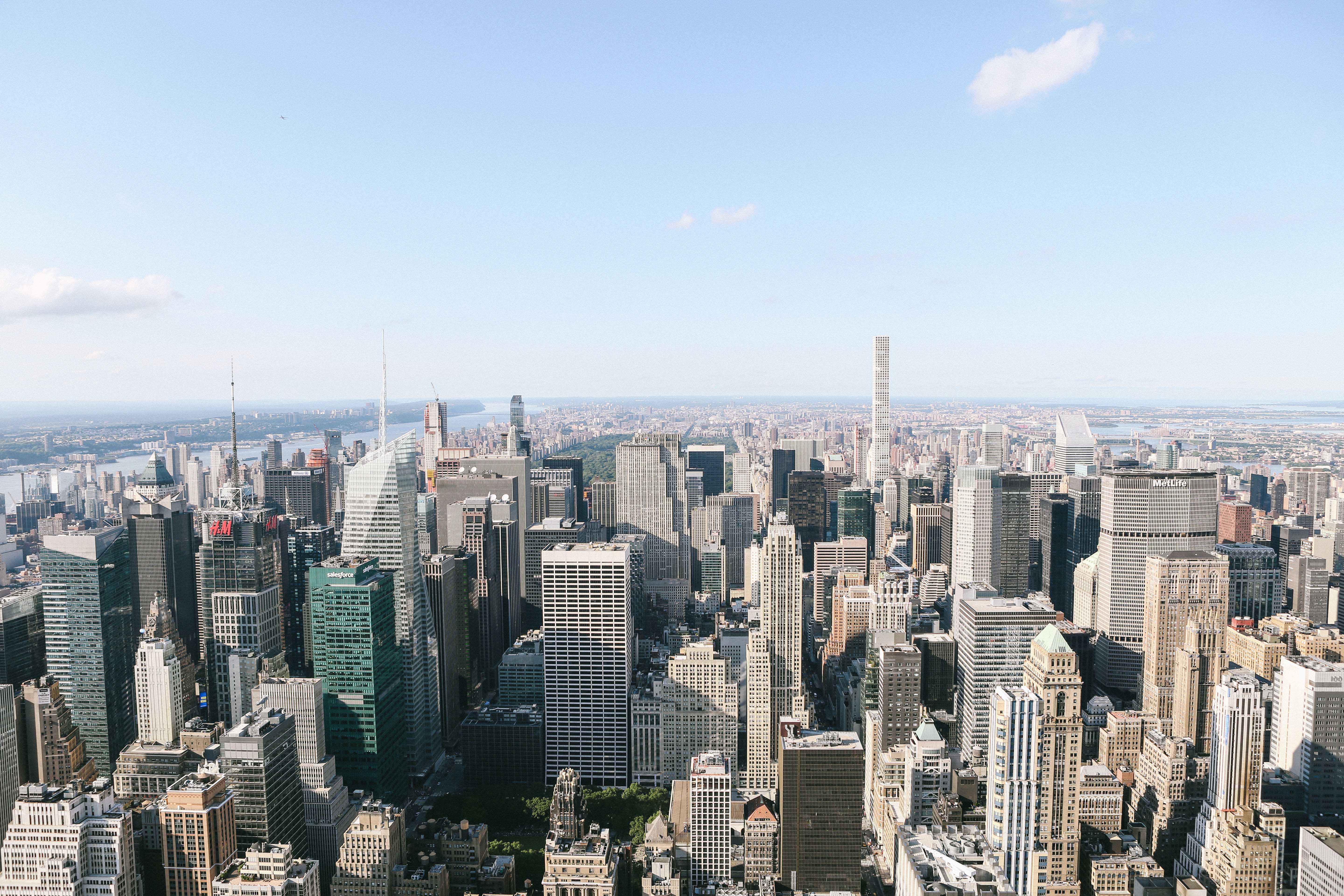 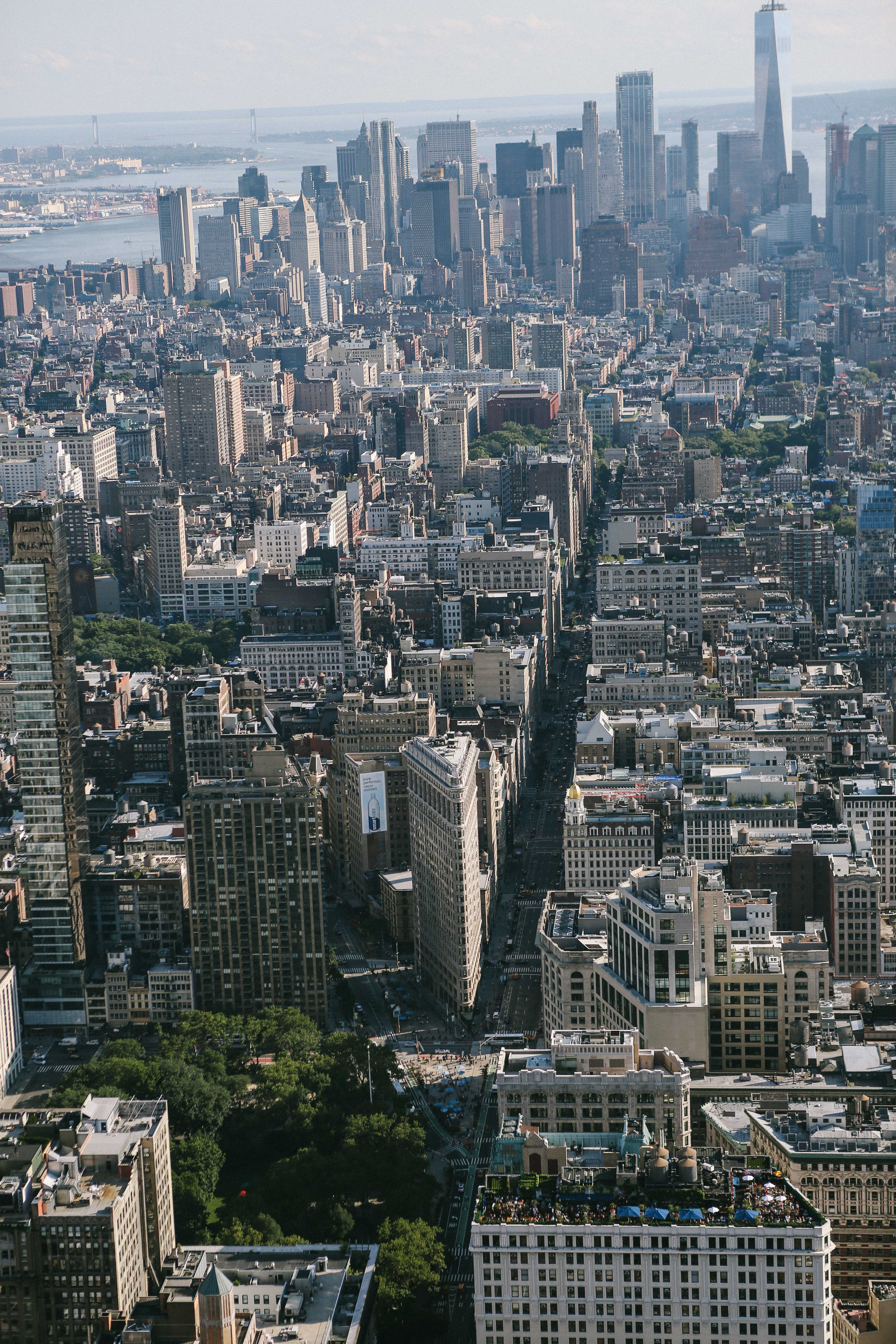 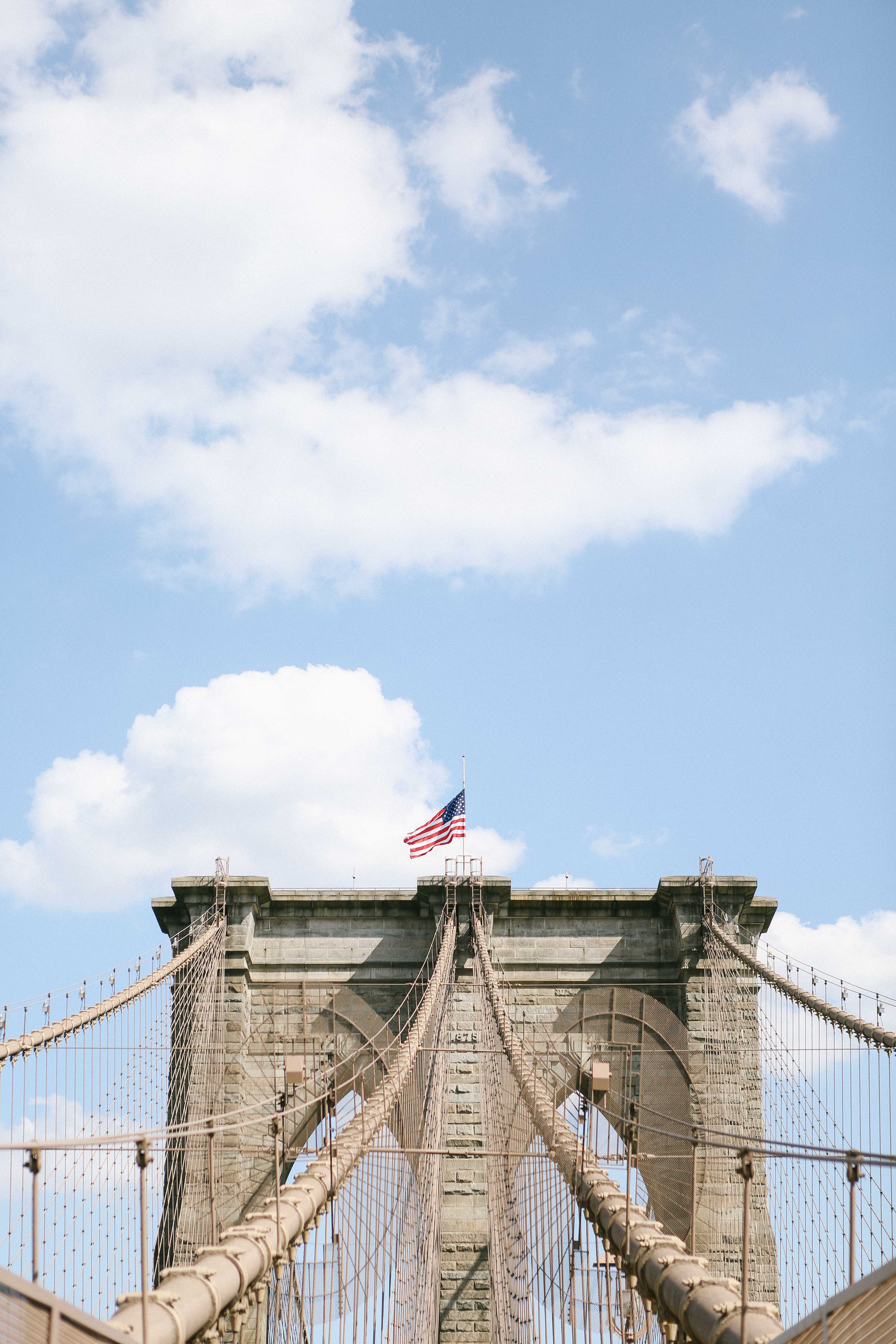 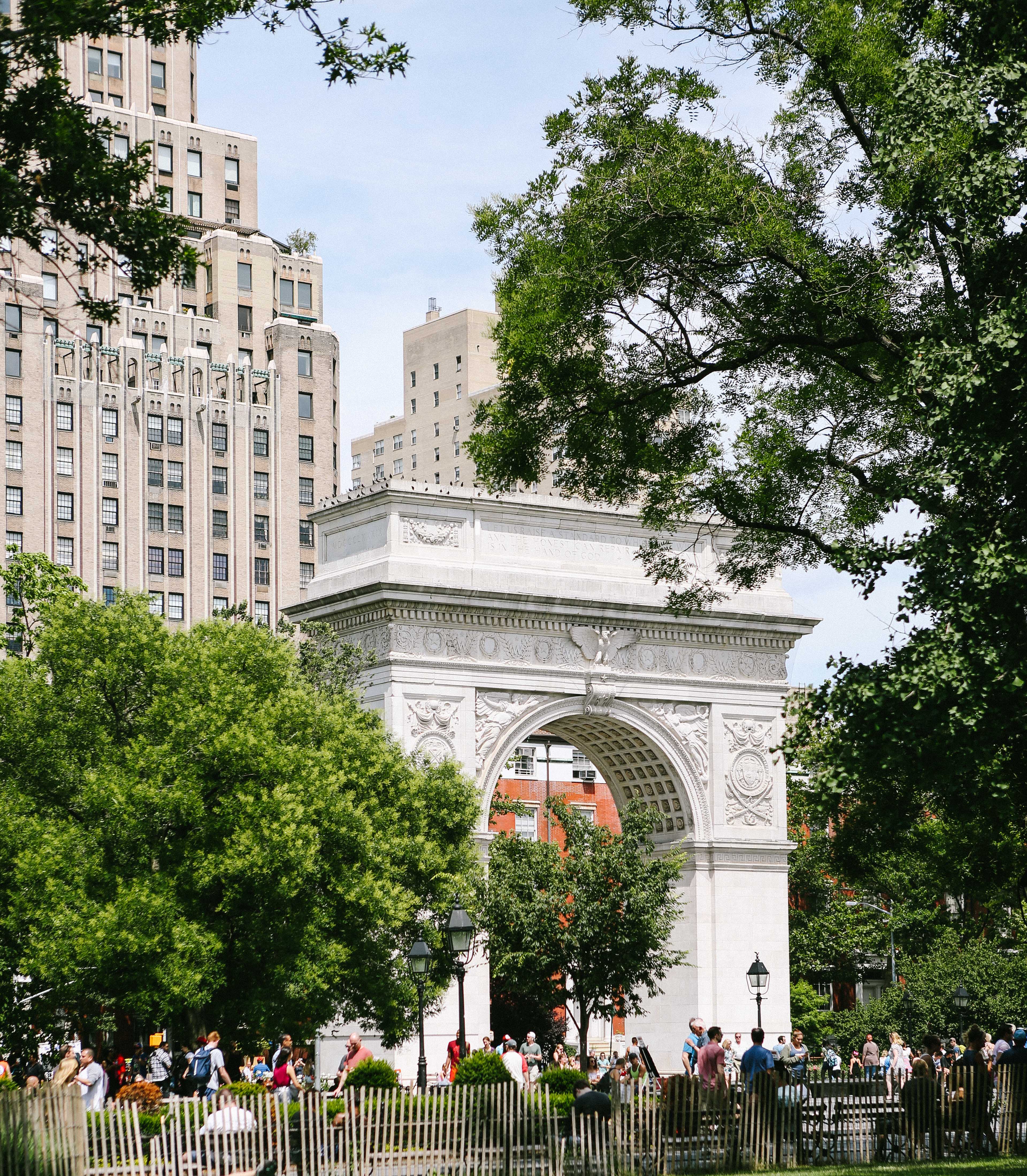 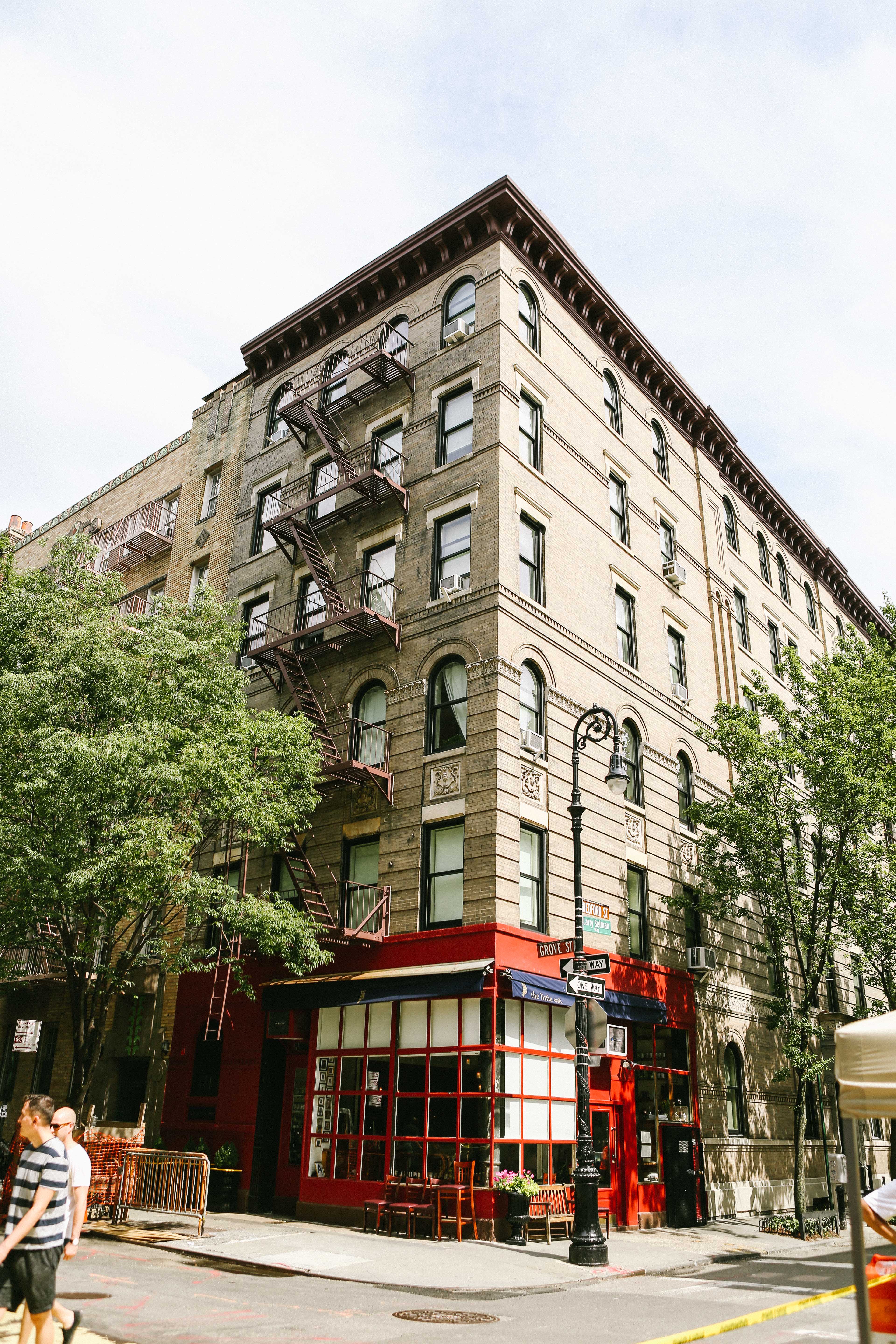 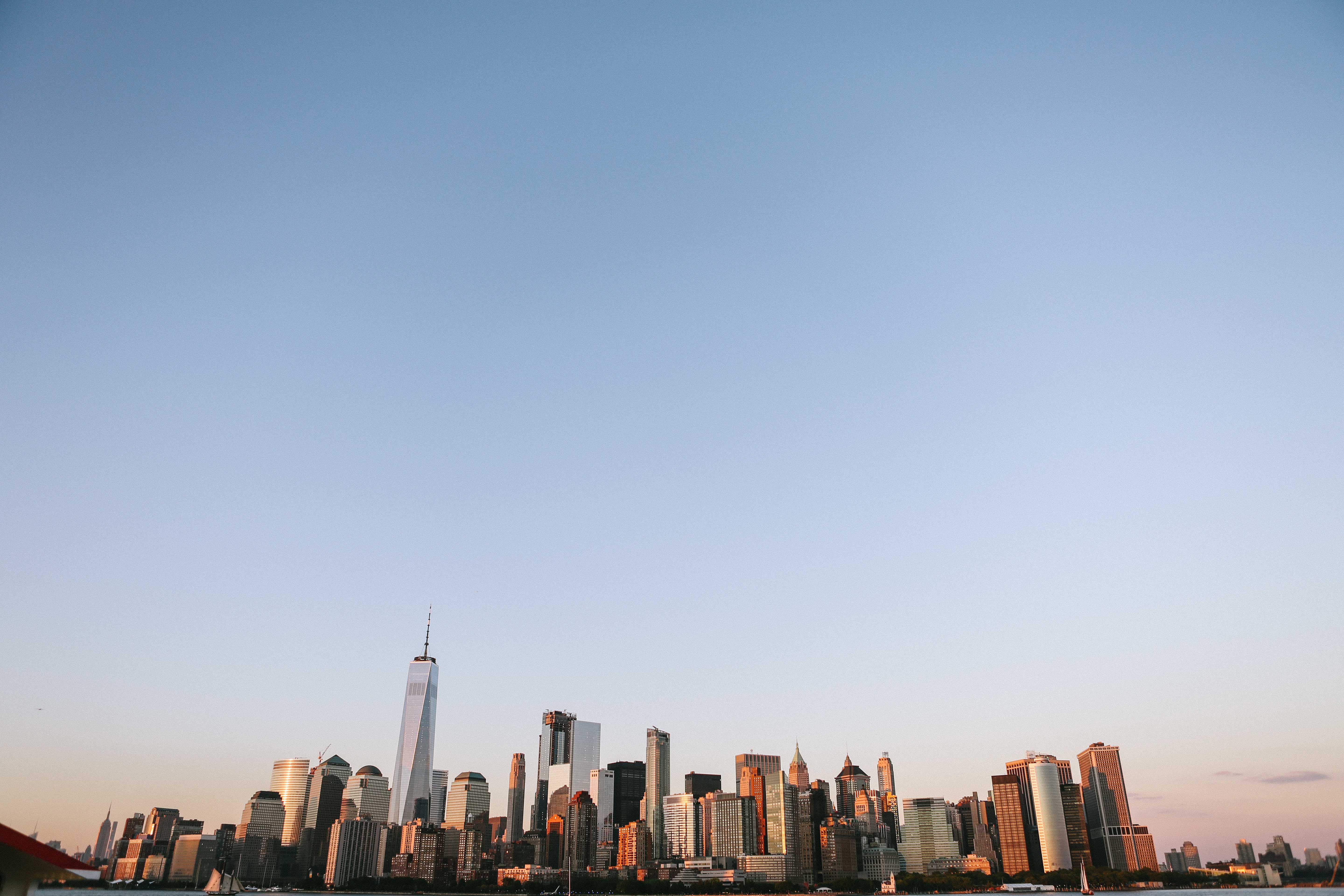 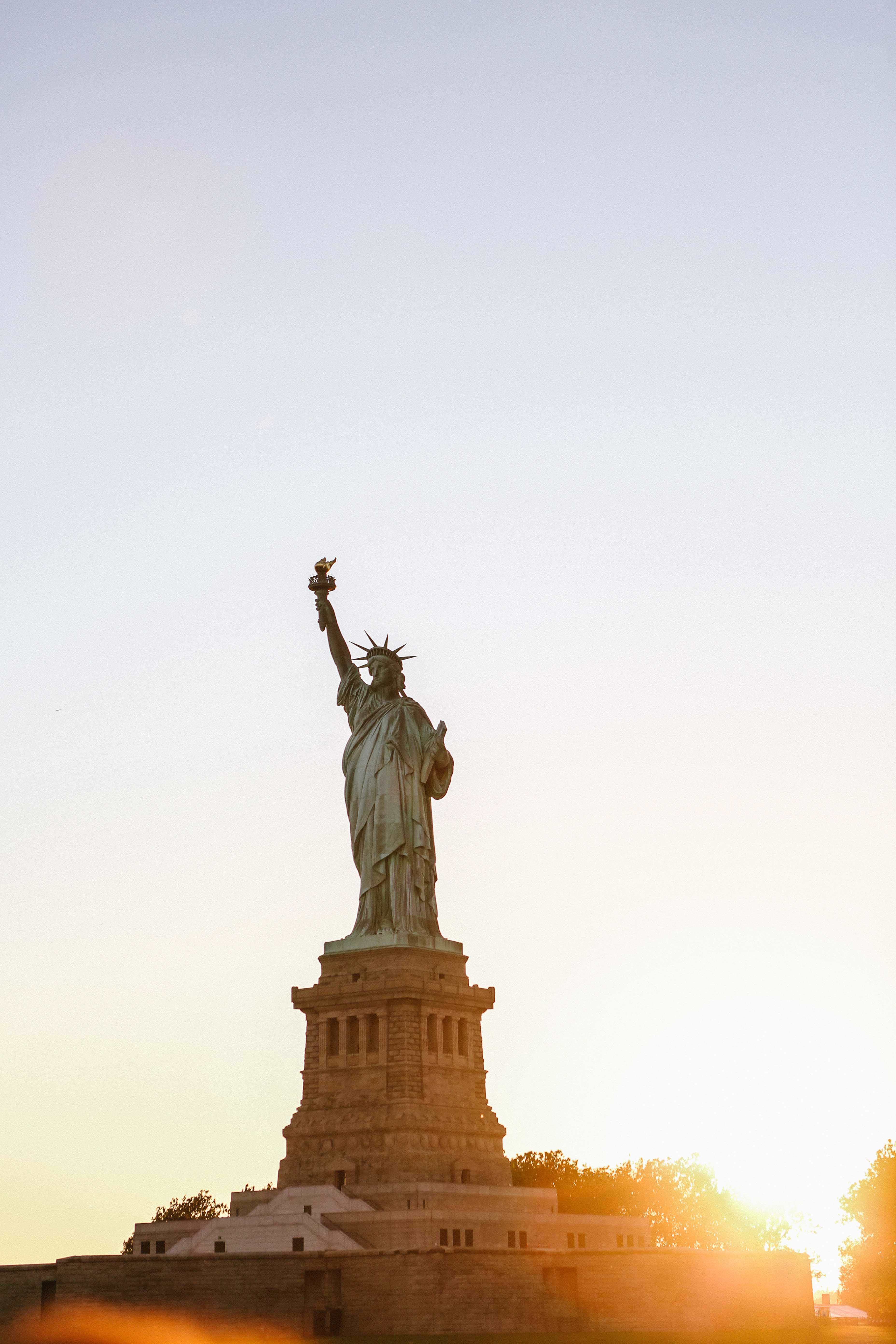 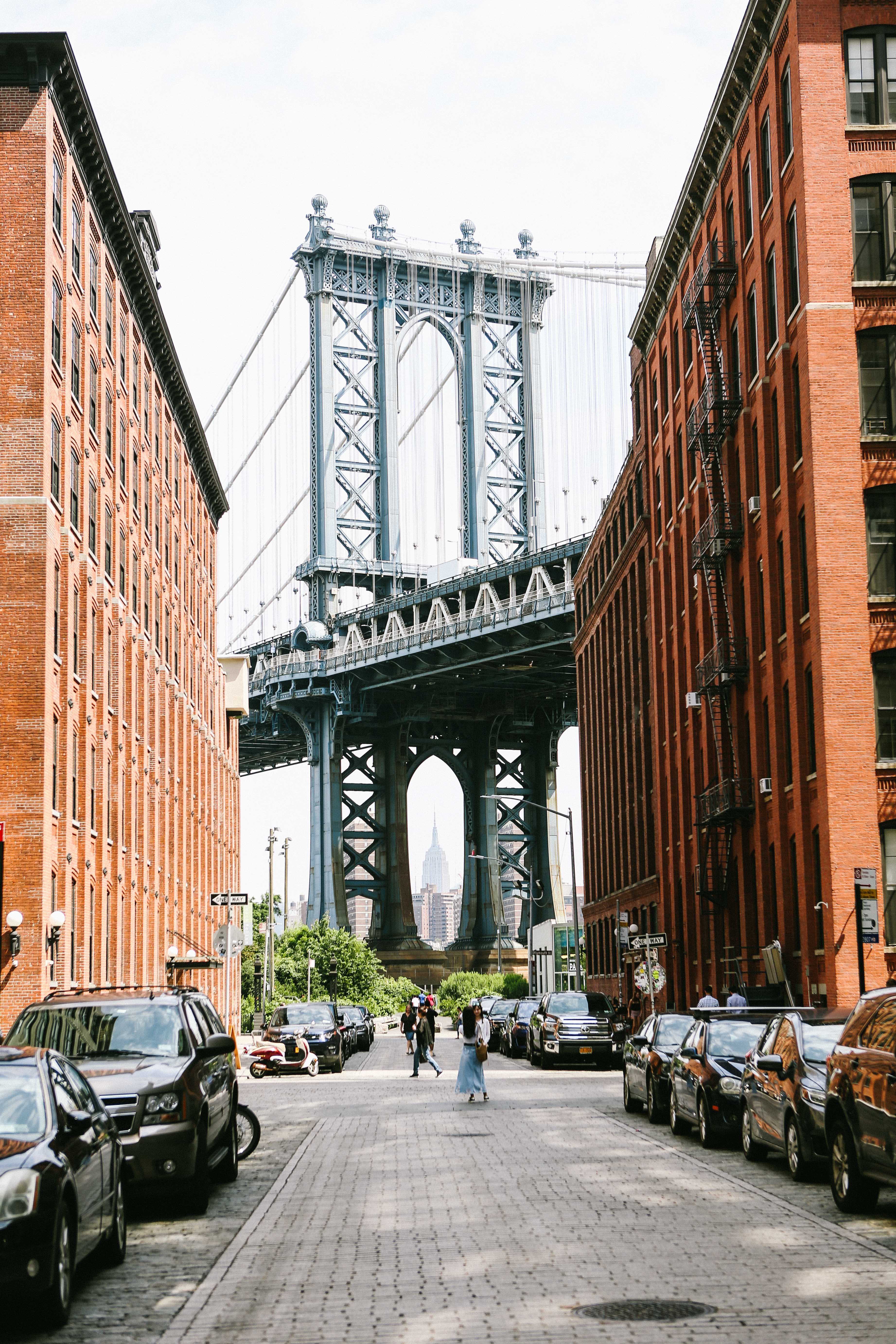 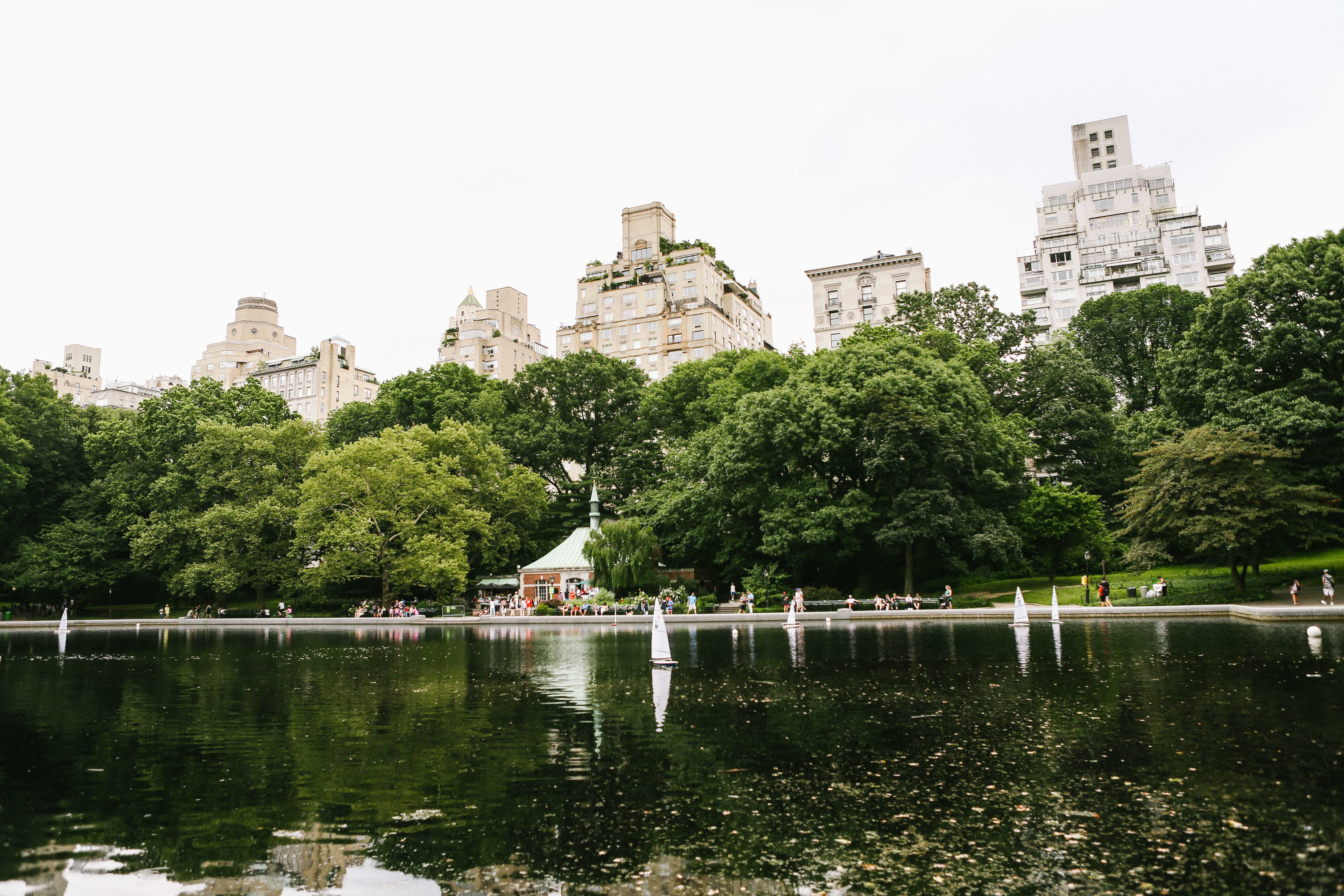 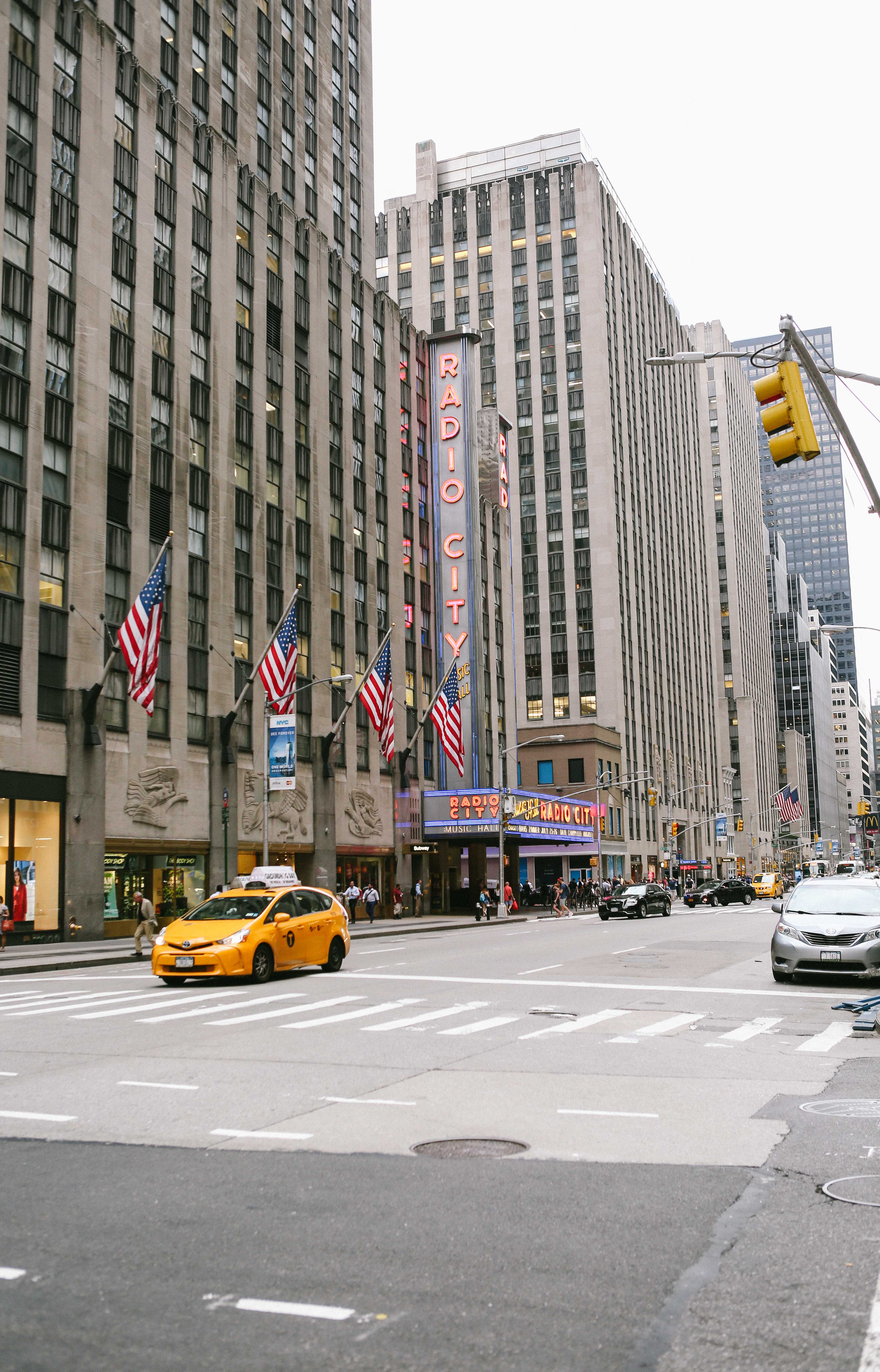 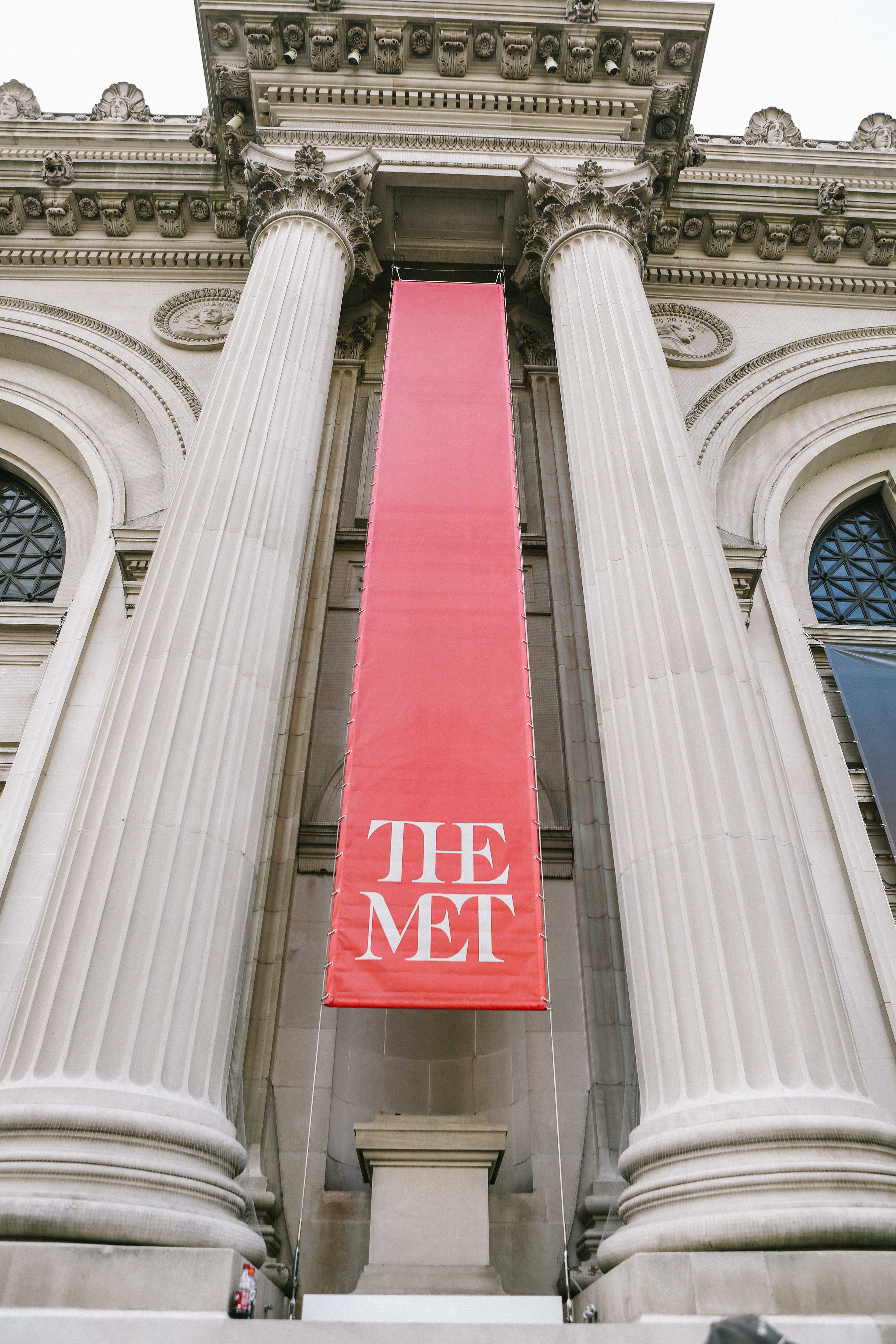 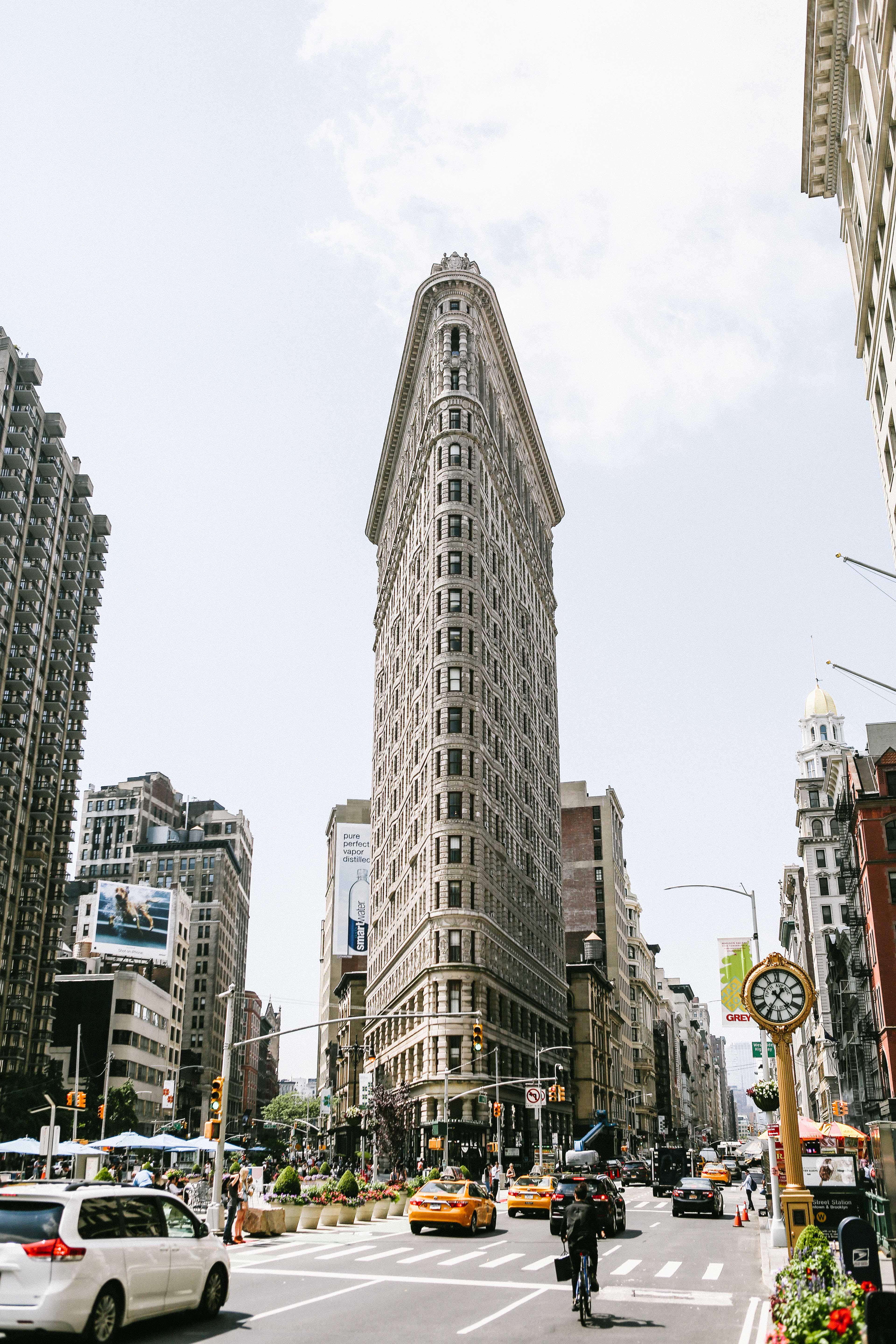 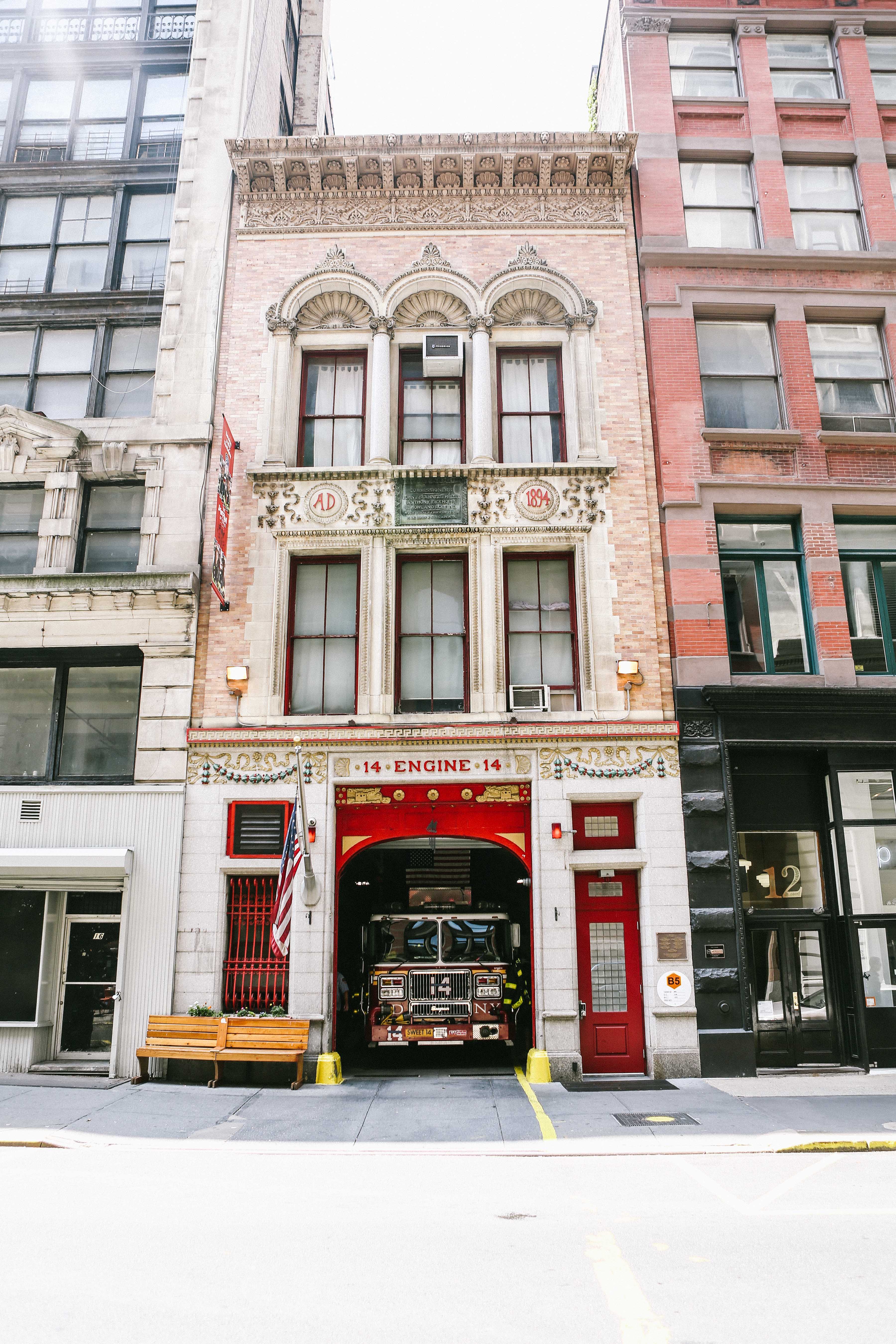 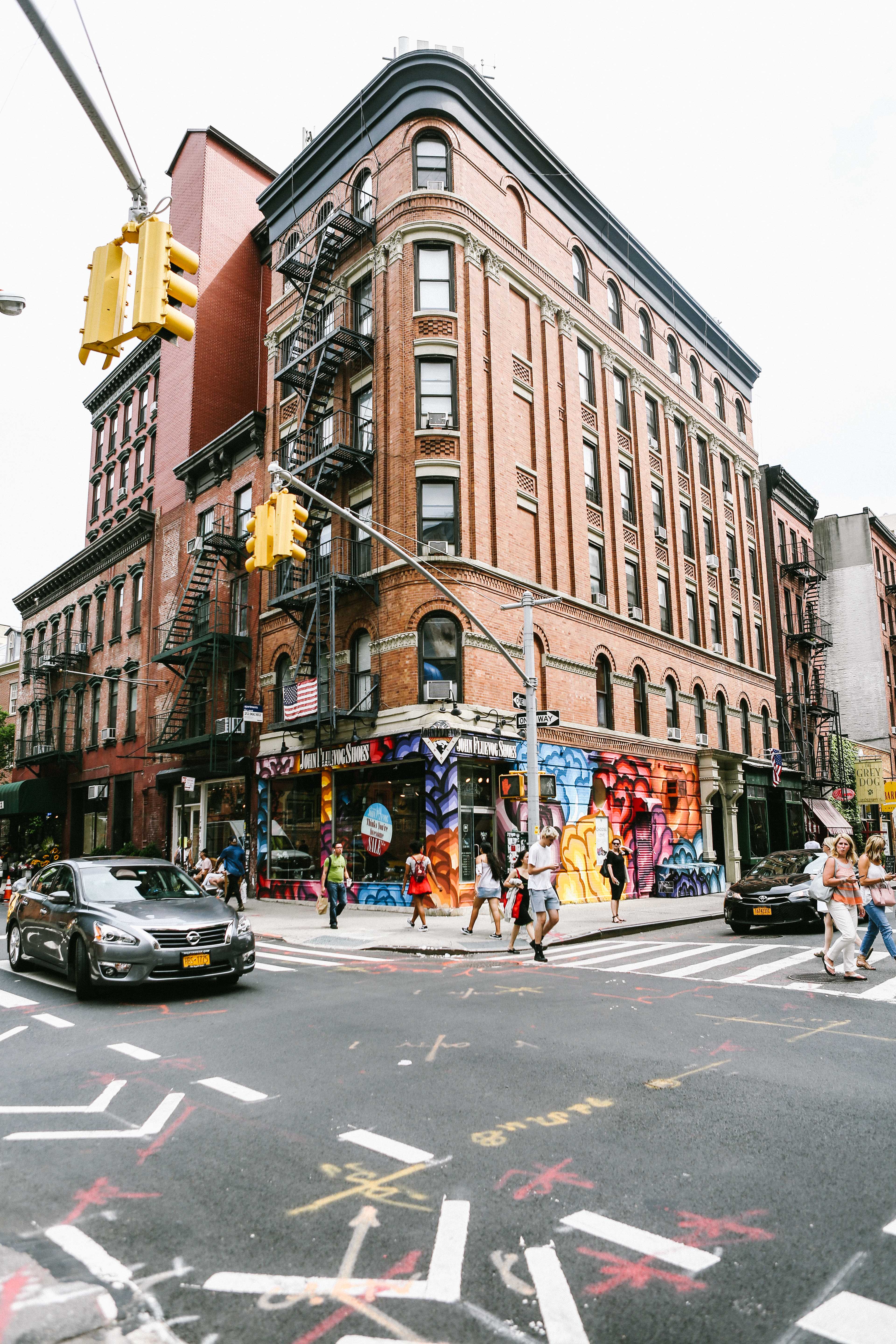 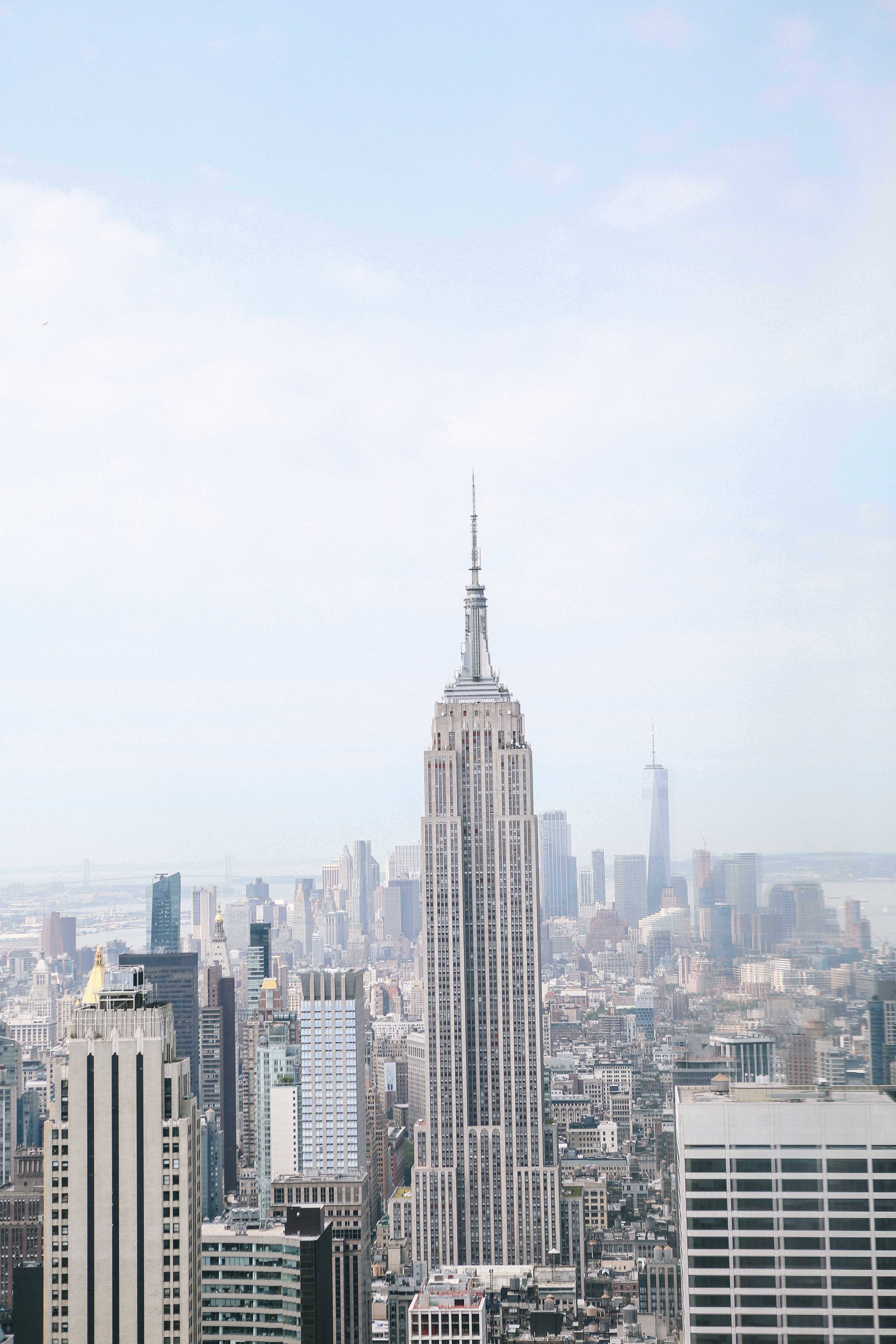 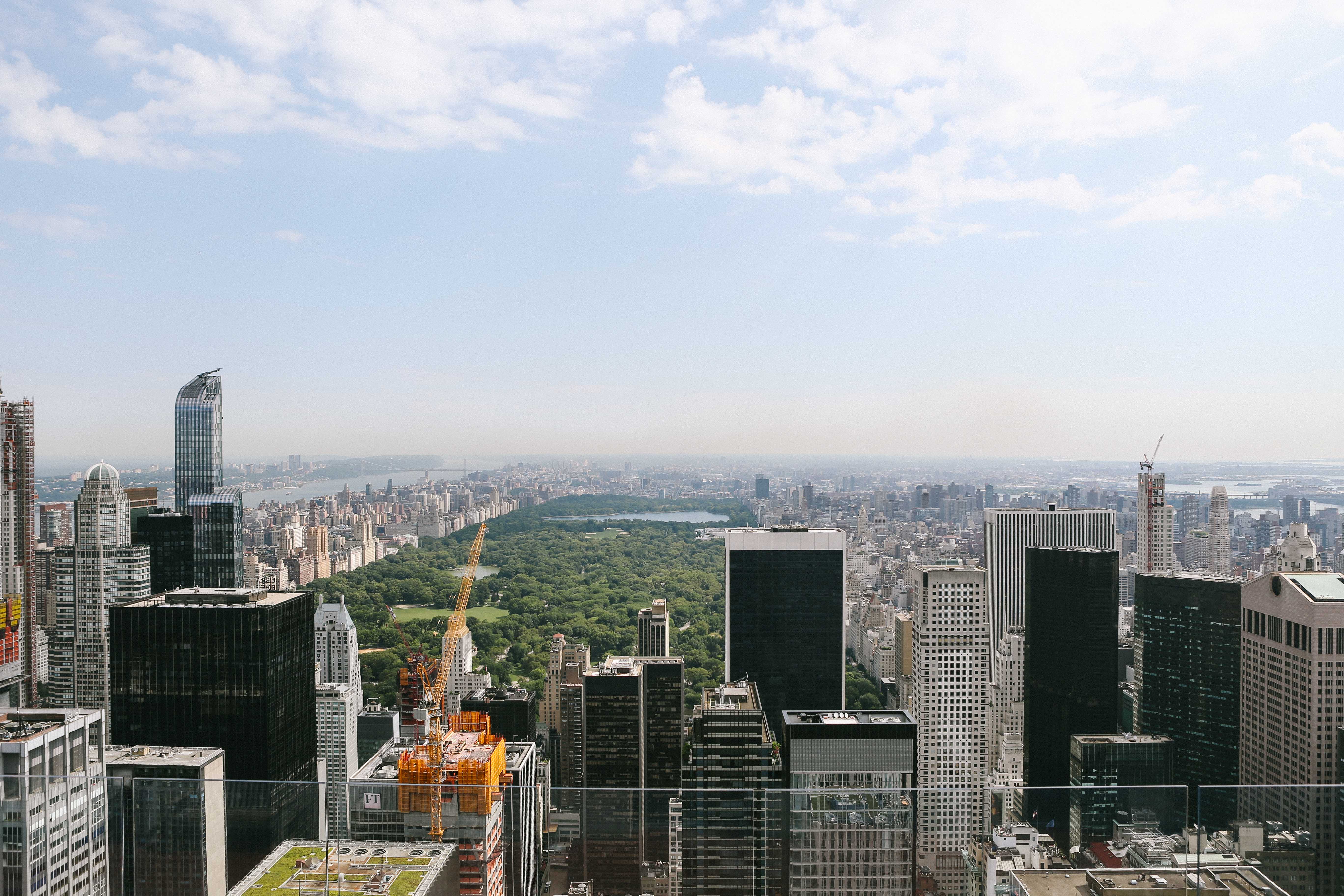 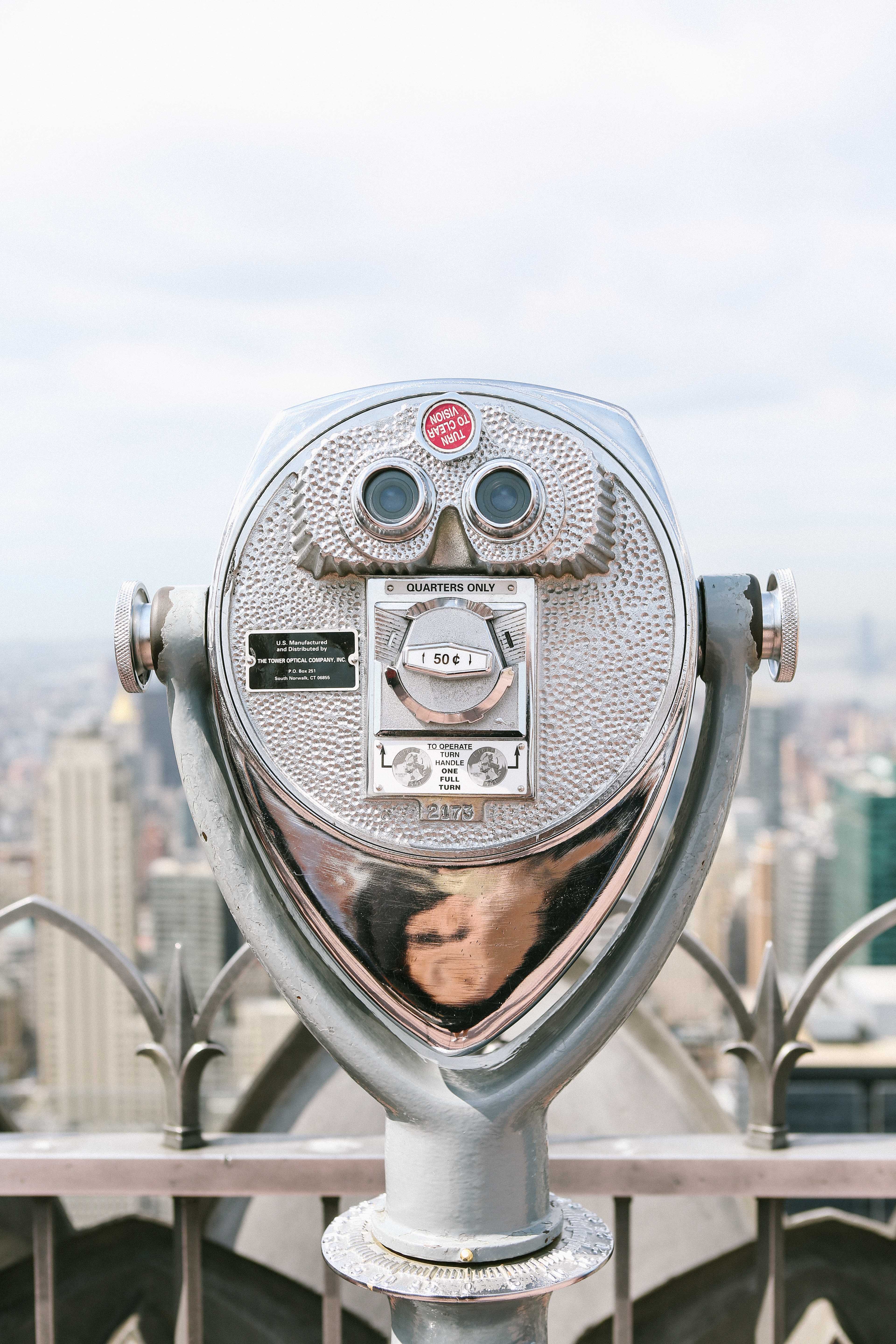 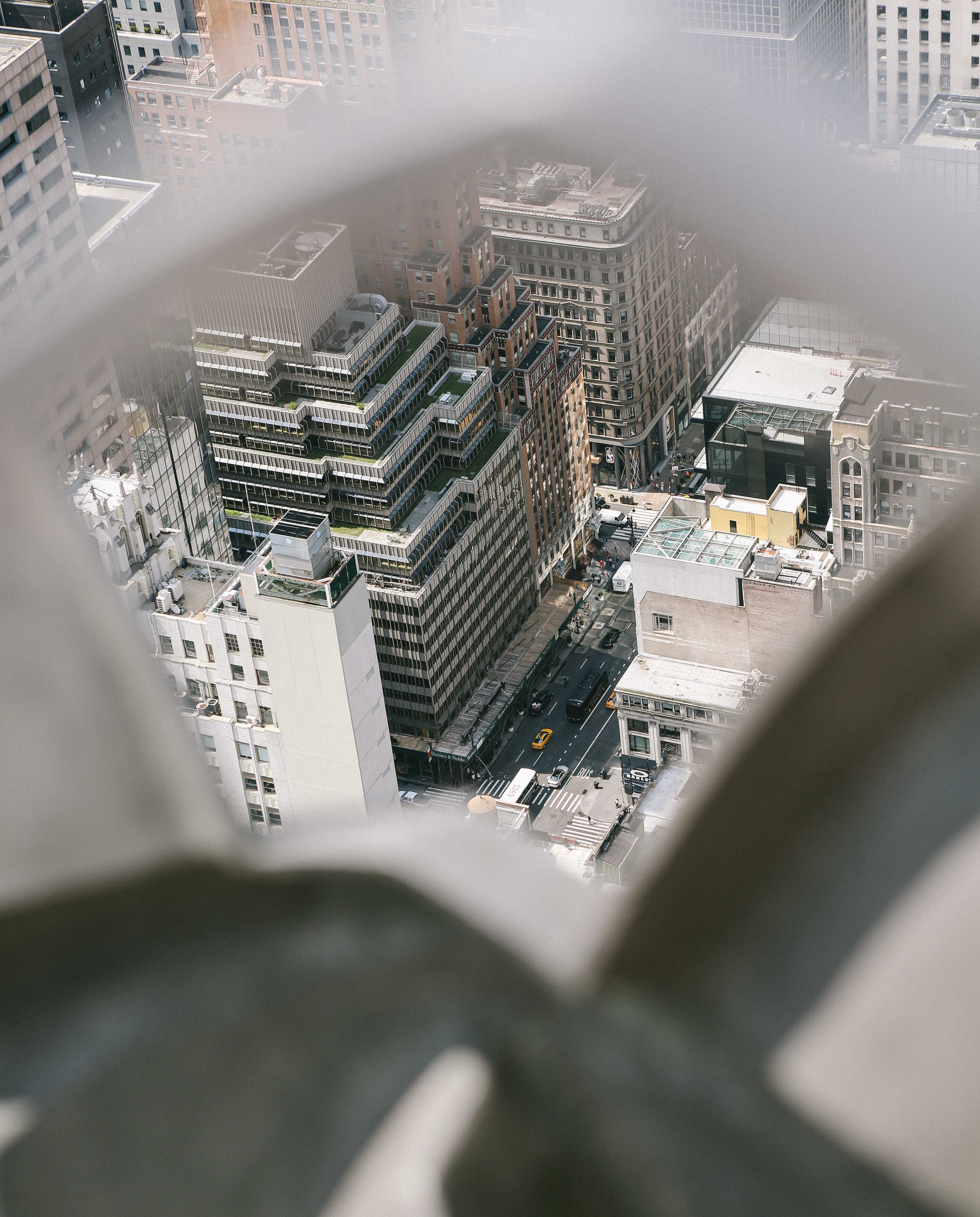 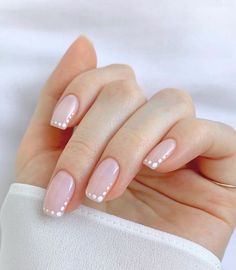 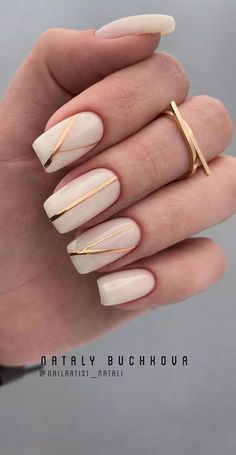 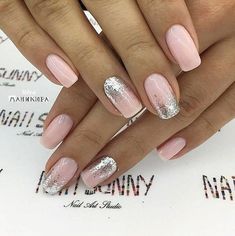 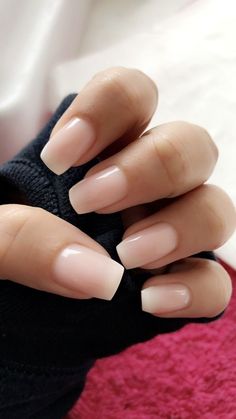 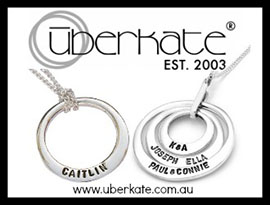